Prior to Bondurant, Tim was an instructor with Skip Barber Racing School, Russell Racing School and Marlboro Racing School. Tim’s competition resume is accomplished and extensive. He has raced and won in several categories:

Today, in addition to his work with AEM, Tim is the primary safety car driver for IMSA, the lead hot lap driver for Lexus Motorsports and the high-performance driving instructor at Toyota Arizona Proving Grounds for Toyota and RIVIAN. 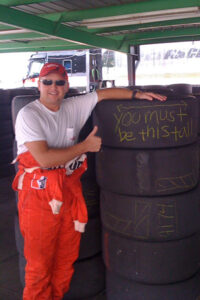